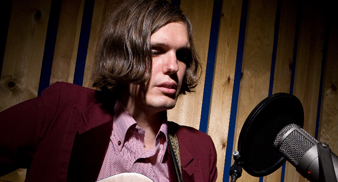 Nickel Eye also known as The Strokes‘ bassist Nikolai Fraiture is to play his first ever solo gig, in London next week.

Nickel Eye will perform the Borderline venue in London’s West End on October 15, with help from South as his backing band.

Nickel Eye’s debut solo album ‘The Time Of The Assassins’ is set for release early next year through Rykodisc.

Fraiture is also due to play two solo shows during the CMJ Music Marathon festival in his hometown of New York later this month.