No Dammers, but the boys kick off tour in Newcastle 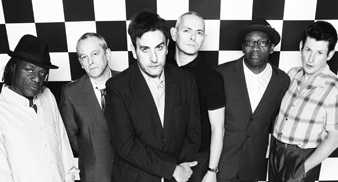 The Specials began their comeback reunion tour at the Newcastle Academy on Wednesday (April 22).

Terry Hall led the band through a greatest hits set starting with “Do The Dog” and encoring with 1980 No.1 “Too Much Too Young”.

The Specials will also play in Sheffield, Birmingham and Manchester before a five night stand at London’s Brixton Academy.

The 30th anniversary tour finale will take place in Coventry on May 15th, however the band are booked to play a handful of festivals this Summer, including V Festival.

The anticipated reunion shows are all sold-out: