The Smiths, Lou Reed and Kraftwerk nominated for induction into Rock And Roll Hall Of Fame in 2015

The Smiths, Lou Reed and Kraftwerk are among the nominees for induction into the Rock And Roll Hall Of Fame in 2015. 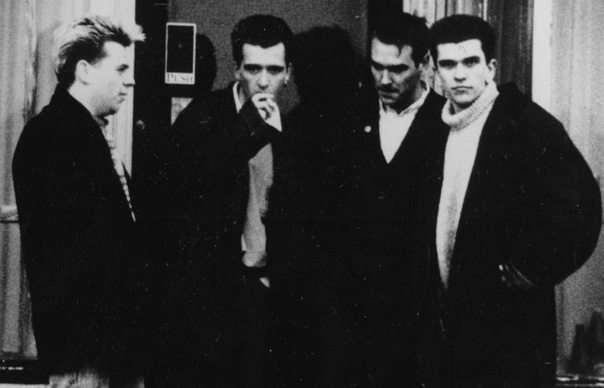 The Smiths, Lou Reed and Kraftwerk are among the nominees for induction into the Rock And Roll Hall Of Fame in 2015.

2015 marks the first year that both Green Day and Nine Inch Nails are eligible for entry into the Hall Of Fame, as an artist has to have released an album a minimum of 25 years prior to their inclusion. The 1989 release of Nine Inch Nails’ debut album ‘Pretty Hate Machine’, and ‘1,000 Hours’, Green Day’s first EP, will make them eligible from next year.

Earlier this year, Gene Simmons of rockers Kiss spoke out about his frustration with rap and hip-hop artists being inducted into the Rock And Roll Hall Of Fame. The singer/bassist argued that the likes of Run-DMC have no place in the Hall Of Fame, believing that all they do is “sample and they talk. Not even sing”.

Meanwhile, Nirvana were inducted into the Hall of Fame this year (2014) and recruited Lorde, St Vincent and Kim Gordon to perform their songs live at the induction ceremony with them in the absence of late frontman, Kurt Cobain.