'My Dad Keith' will be broadcast tomorrow afternoon (November 28)... 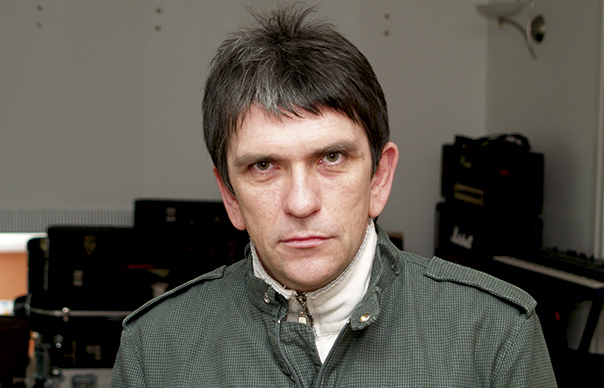 ‘My Dad Keith’ will be broadcast tomorrow afternoon (November 28)…

Mike Joyce, former drummer in The Smiths, made his radio acting debut on Friday, November 28, appearing in a play on BBC Radio 4.

Joyce appeared in My Dad Keith, a play written by and starring the actress Maxine Peake. The 45-minute drama was broadcast at 2.15pm and is currently available to listen to on BBC iPlayer.

Joyce spoke to NME about the play, which the BBC describes as “a tale of teenage angst, midlife crisis and drumming”. He said: “There’s strength through family community and closure in the death of a family member, [but] it’s very funny! There’s a lot in it. Maxine said to me she thought it was a little bit of fun, and I said, ‘Yeah, that’s just because you’ve been fucking playing Hamlet!’ Anything’s lightweight after that!” Joyce added that he agreed to take the role because he thought “it’s not in my comfort zone and I’d find it quite challenging”.

When asked about actor James Franco’s current Smiths-inspired musical project Daddy, which features the band’s original bassist Andy Rourke, Joyce said: “I got sent a link for it and I couldn’t open it, and that was it really! Andy’s playing bass with him…” Would you have taken part if you’d been asked? “Obviously it would be lovely to play with Andy again, but there’s the Atlantic in the way; Andy lives in New York now… I’d have to listen to it, to see if it’d float my boat [before] I’d say yes… I’m sure the basslines sound fantastic!”

NME also discussed the Smiths convention set to take place in Salford’s Kings Arms pub – owned by Beautiful South musician Paul Heaton – next April. When asked if he’d attend, Joyce joked: “I don’t know – I’ve not been invited! If it’s sold out, I might turn up and it’s one out, one in!” He continued: “Anything like that is flattering. When you’re starting a band, I defy anybody to not want to be successful – that’s the idea. You want to be in a band where, in 20, 30 years’ time, people will still play your music and be talking about you, and that’s exactly what’s happened with The Smiths. That is pretty unique – that doesn’t happen to that many bands. It’s a dream come true, really.”