US act have been away for two years 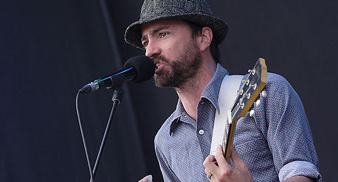 The Shins have announced their first gig for two years.

The Portland indie rock favourites have been on hiatus since their album ‘Wincing The Night Away’ in 2007.

However, they have just been confirmed to play San Francisco‘s Outside Lands Festival which takes place on Golden Gate Park from August 12-14.

During their time away, frontman James Mercer formed Broken Bells with Danger Mouse. In the meantime, keyboardist Marty Crandall and drummer Jesse Sandoval left the band, being replaced by Ron Lewis and Joe Plummer from Modest Mouse respectively.

The Shins are expected to release a new album later this year, having left Sub Pop for Mercer‘s own label Aural Apothecary.