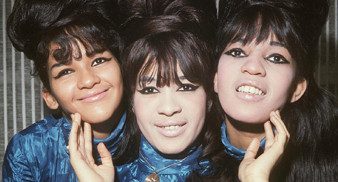 The Ronettes singer Estelle Bennett has been found dead in her home in New Jersey aged 67, it is not yet clear what the cause of death was.

“Estelle was Ronnie’s sidekick,” Bennett’s brother-in-law Jonathan Greenfield said, “she was very much into fashion and worked on the whole look and style of The Ronettes.”

Two years older than her sister Ronnie, the pair formed The Ronettes with their cousin Nedra Talley before signing to Phil Spector’s Philles Records in 1963.

“To my beloved sister, rest in peace, you deserve it I love you,” wrote Ronnie on her website, adding in a press statement that her sister had “not a bad bone in her body – just kindness.”

Bennett had struggled throughout her life with anorexia and schizophrenia. “She was quiet,” Nedra Talley told the press. “She was not pretentious at all, but she carried herself with a sophistication that a lot of guys thought was really sexy. And she had a very, very good heart.”

Bennett is survived by a daughter and three grandsons.