The National: ‘Our new songs are the best we’ve ever written’ 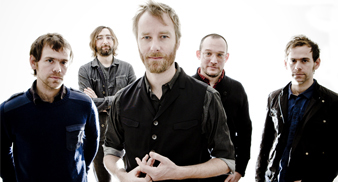 The National have claimed that the new songs they have been working on are the best they’ve ever written.

In an interview with Jam, frontman Matt Berninger claimed that the new material was “more immediate and visceral” than their previous work – but also said the band could scrap the tracks and start from scratch next year.

“We’re getting really excited about the new record already,” he said. “So we might dive into the writing process right away. I feel we’re kind of ready.

“Of course, all that being said, it all may change completely – six months from now we might just throw everything away that we’ve been working on and start from scratch. You never know.”

The singer then went on to say that the songs his bandmate Aaron Dessner had been working on had been influenced by him becoming a father and were “less academic and cerebral” than his previous efforts.

He said: “I’m in love with them. I just spent all night listening over and over to some things he sent. I think they’re some of the best things he’s ever written. “

The National released their fifth studio album ‘High Violet’ in May 2010. The band’s Aaron Dessner is also set to appear on Sharon Van Etten’s forthcoming new album ‘Tramp’, which will be released on February 6 2012.