The 10 Things That Are Rocking Our World This Month. 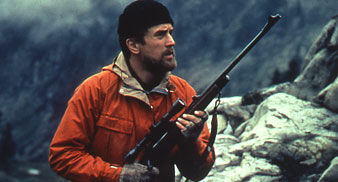 
THE WINTER OF FRANKIE MACHINE!
The new novel from Don Winslow, about a retired hitman brought back into the game. De Niro’s slated to star in the movie version.


LEEDS INTERNATIONAL FILM FESTIVAL!
Among the 350 films screening between Nov 2 – 12 are Hollywoodland (see opposite), plus docs on the American Hardcore scene and Leonard Cohen. www.leedsfilm.com


THE DEER HUNTER SE!
Mau! Mau! Didi mau! The main sell for this 2-disc Special Edition is the exclusive commentary from director Michael Cimino. Out now from Optimum Classics.


BATTLE OF THE BANDS!
Album covers! Fighting each other! Genius animation. Check it out here: Watch here


NEW CORMAC McCARTHY NOVEL!
The All The Pretty Horses author’s latest; a man and his son travel through a post-nuclear landscape in search of the ocean.


ROGER DALTRY IN CSI!
The Who provide the opening music for the three shows in the CSI TV franchise, now Rog himself is to star in the show’s mothership series – CSI: Crime Scene Investigation. Anyone remember Lisztomana..?