The Levellers To Launch New Album With Gig For Charity 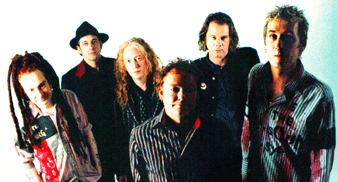 The Levellers have just announced that they are to play their most intimate show in years, combining their new album launch with raising money for The Big Issue.

Playing at Camden’s Proud Gallery on July 22, the group will preview tracks from their forthcoming new album Letters From The Underground, which is set for release on August 11.

Tickets for the intimate show, limited to just 300 are on sale now, the show’s excclusivity contrasting the group’s own Beautiful Days Festival with a 15,000 capacity audience which has just sold out.

Levellers band members will also be DJ-ing at the Big Issue supporting gig after show party at the same venue.