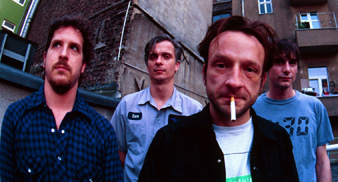 The Jesus Lizard will return next year for a “fleeting reunion”.

The original line-up of the Chicago noise-rock legends, fronted by David Yow, currently only have one gig scheduled, a set at Minehead‘s All Tomorrow’s Parties “The Fans Strike Back” festival (May 8-10).