The Horrors to release new album in July 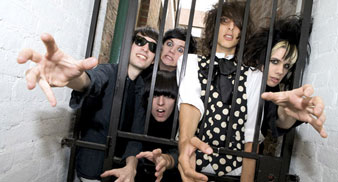 The Horrors will release their third album this July, according to frontman Faris Badwan.

Badwan responded to a forum post on Thehorrors.co.uk, which speculated that the release date for the band’s new album had been delayed following the launch of his new band Cat’s Eyes.

In the post, entitled ‘Album delayed?’, Badwan replied to the speculation by simply writing, ‘JULY’.

The frontman had previously said he wants The Horrors to co-exist alongside Cat’s Eyes, who release their debut album on April 11.

The new record was produced by the band in London, and will be the follow-up to their second album, 2009’s ‘Primary Colours’.