The Flaming Lips to release new album The Terror in April

The Flaming Lips have announced details of their new album, The Terror, the band's 13th studio record. 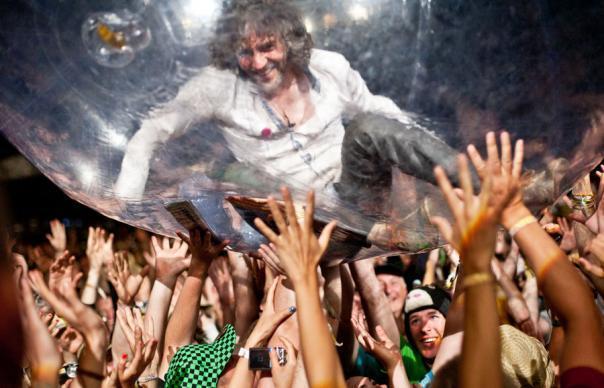 The Flaming Lips have announced details of their new album, The Terror, the band’s 13th studio record.

The album will be released on April 1 via Bella Union (in the UK) and was produced by Dave Fridmann and the band at Tarbox Road Studios in New York State. The record is described as “nine original compositions that reflect a darker-hued spectrum than previous works along with a more inward-looking lyrical perspective than one might expect – but then again, maybe not”.

Frontman Wayne Coyne adds: “Why would we make this music that is The Terror – this bleak, disturbing record? I don’t really want to know the answer that I think is coming: that we were hopeless, we were disturbed and, I think, accepting that some things are hopeless. Or letting hope in one area die so that hope can start to live in another? Maybe this is the beginning of the answer.”

A new non-album track titled ‘Sun Blows Up Today’ will be available from February 3. The Flaming Lips will also play live in London following the release of The Terror with two London dates announced. They will play the London Roundhouse on May 20 and 21.