The Damned’s original line up — Dave Vanian, Brian James, Rat Scabies and Captain Sensible — have announced that they are reuniting for four shows in July 2021.

The tour marks the 45th anniversary of their debut release, the first ever British punk single “New Rose”. The Damned will perform tracks from the first two albums, B-sides and covers that the original line-up played.

Check out the dates on the official tour poster below: 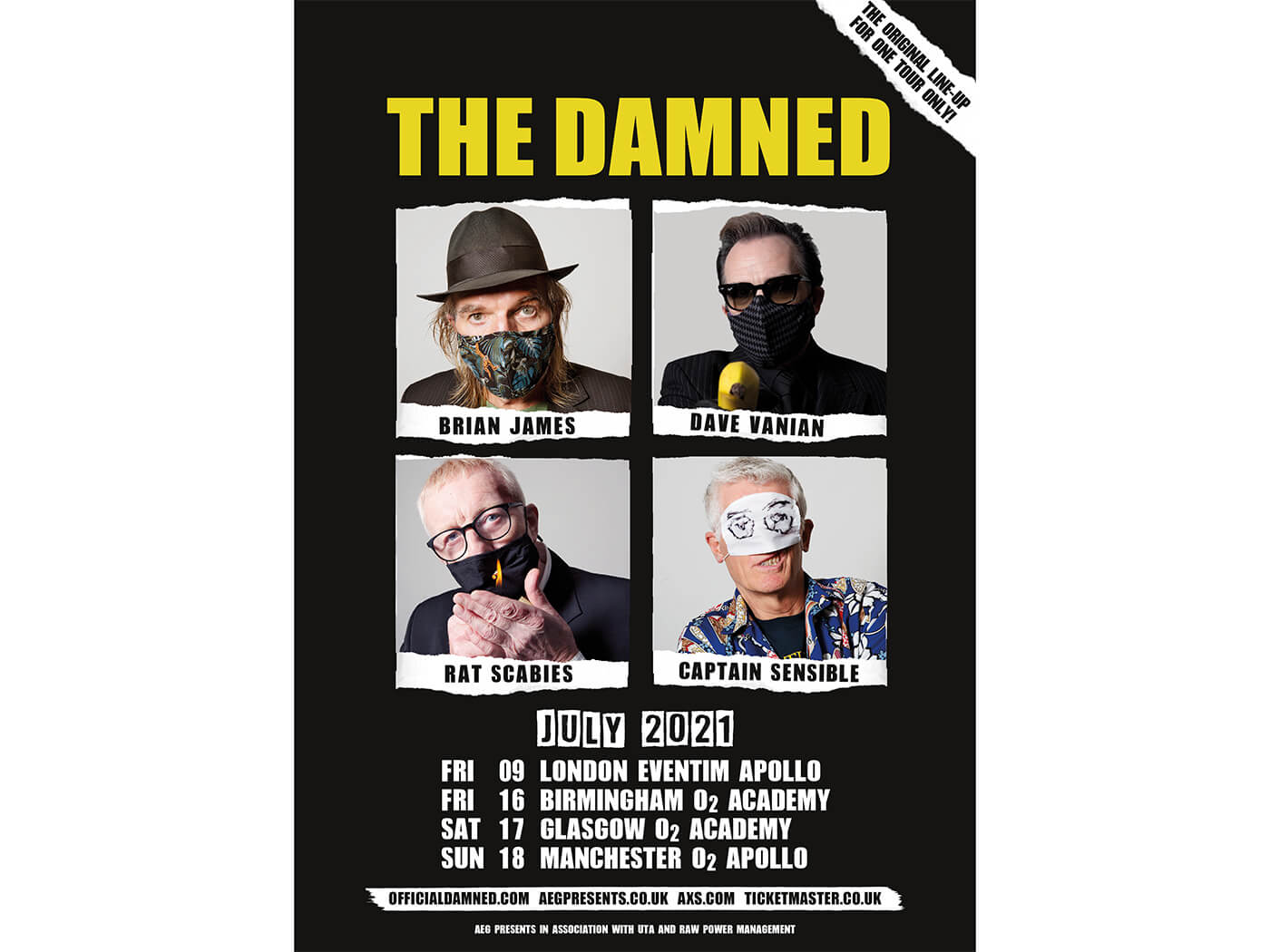 Tickets go on sale at 10am this Friday (October 23) from here.