The Cure To Release Series Of New Singles 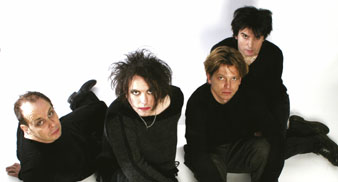 The Cure have announced that they are to release four brand new singles, one a month, in the run up to the release of their forthcoming, as-yet-untitled thirteenth studio album on September 13.

The four new A and B sided singles will be released on the 13th of each month, starting this month, May 13 with a song called “The Only One”. This will be backed with “NY Trip.”

The June 13 release will be “Freakshow” backed with “All Kinds Of Stuff”, both single B-sides will be exclusives and not appear on the forthcoming album.

Check back to Uncut.co.uk, for details of the July and August singles.

A clip of the first single is available to stream now at the band’s official website: www.thecure.com