The Clash, Fleetwood Mac, Bill Callahan, Mazzy Star, Arctic Monkeys in the new Uncut; plus the music and film of the 2000s

I hope you had a good Bank Holiday break. I spent a very enjoyable chunk of it reading the new Carl Hiaasen novel – excuse the shameless self-promotion, but you can read an interview I did with Hiaasen over on my blog. But now we’re back in the office, and it’s my pleasure to introduce you all to the new issue of Uncut, which goes on sale tomorrow. 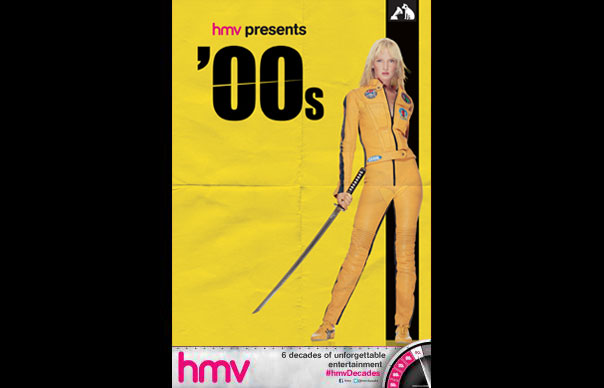 I hope you had a good Bank Holiday break. I spent a very enjoyable chunk of it reading the new Carl Hiaasen novel – excuse the shameless self-promotion, but you can read an interview I did with Hiaasen over on my blog. But now we’re back in the office, and it’s my pleasure to introduce you all to the new issue of Uncut, which goes on sale tomorrow.

We have an exclusive cover story on The Clash, which finds Allan meeting up with Mick Jones, Paul Simonon and Topper Headon for an exhilarating look back at the band’s story; Allan, of course, was a college friend of Joe Strummer and an early champion of the band, and I hope you agree that brings a level of intimacy and additional insight to this brilliant piece. Elsewhere, Andy Gill chats to Mick Fleetwood about his extraordinary life and times in Fleetwood Mac. Jaan Uhelszki spends a evening round at Bill Callahan’s house in Austin, Texas, while I catch up with the enigmatic Mazzy Star ahead of the release of their first album in 17 years. The legendary Tony Joe White answers your questions in An Audience With…, Country Joe And The Fish talk us through the making of their protest classic, “I Feel Like I’m Fixin’-To-Die Rag”, and Billy Corgan talks us at length through the high points of his life in Smashing Pumpkins in our Album By Album feature.

In our predictably packed reviews pages, Allan celebrates the return to active service of Roy Harper, and we look at other new releases from Arctic Monkeys, Okkervil River, Elvis Costello And The Roots, Elton John and Just Vernon’s latest project Volcano Choir. In reissues, David Cavanagh gets to grips with Van Morrison’s Moondance: Deluxe Edition, there’s The Beach Boys box set, Roky Erickson and The Band. In Film, I review the James Hunt/Ayrton Senna picture, Rush, Morrissey’s latest live offering and – a big recommendation here – Ain’t Them Bodies Saints, a brilliant American indie in the spirit of Terrence Malick with great performances from Casey Affleck, Rooney Mara and Keith Carradine. In DVD, Jonathan Romney salutes Alain Delon in the stylish New Wave thriller Plein Soleil, while in Books I review Nic Roeg’s memoir. We also report back from unmissable gigs by Steely Dan, Patti Smith and Atoms For Peace in our Live pages.

Up front, meanwhile, in Instant Karma!, we preview A Scene In Between – an extensive account of the indie scene during the 1980s – marvel as Paddy McAloon relaunches Prefab Sprout, look forward to a new film about John Fahey, praise the return of Slint and welcome newcomers Factory Floor. And finally… Mark Lanegan selects the music he listens to while cleaning out his shed.

As if that wasn’t enough, I should also mention that the latest Ultimate Music Guide is dedicated to Basildon’s finest, Depeche Mode. It’s in the shops now, or you can order it online here. As usual, it features a ton of vintage interviews from the Melody Maker and NME archives as well as brand new reviews of all the band’s albums from the Uncut writing team.

Finally, as you might have noticed from recent edition’s the editor’s letter, that we produced a special promotional feature in association with hmv, celebrating six decades of music and movies. We’ve reached the 2000’s now, so I’ll leave you with this playlist of some favourite music and films from that decade…

Have a good week!

LCD Soundsystem
The Sound Of Silver
2007

There Will Be Blood
Paul Thomas Anderson
2007

No Country For Old Men
The Coen Brothers
2007