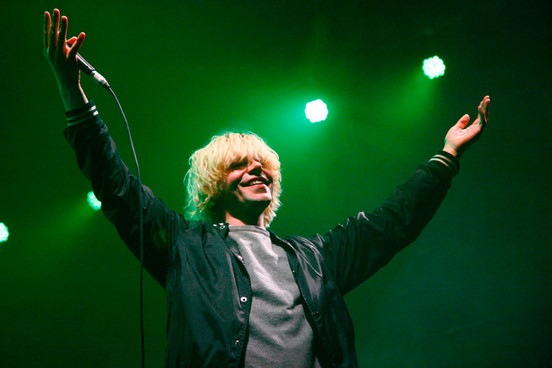 Tim Burgess and band will tour the UK in March 2015…

The Charlatans have confirmed details of their new album Modern Nature.

The 11-song LP is their 12th studio effort to date and will be released on January 26, 2015 via BMG Chrysalis. It’ll be released on a variety of formats, including a coloured vinyl release that includes four bonus tracks.

The band have also revealed their new single “So Oh“, which will be released officially on December 1 and follows on from the previously-released ‘Talking In Tones’. Scroll below to listen.

Modern Nature will be the band’s first album since the death of drummer Jon Brookes last year. Tony Rogers, the band’s keyboardist, stated that “Jon was adamant that there was going to be another Charlatans record, and you have to put that into your own thoughts.”

The Charlatans have also announced a UK tour for March. Tickets go on general sale 9am Friday (October 24) here. Check the dates below.