The Buzzcocks To Play Birthday Tour

The punk upstarts turn 30 this year 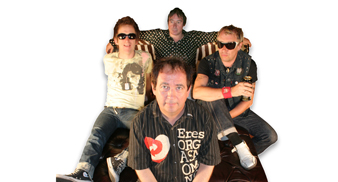 The Buzzcocks have announced a special birthday tour to round off the year.

The tour “Buzzcocks 30” will also include a retrospective photo exhibition at the shows with classic shots from the 70s and 80s by Chris Gabrin and Kevin Cummins.

The exhibition will also feature the band’s original album artwork by pioneering graphic designer Malcolm Garrett. He was responsible for designing the eye-catching sleeve artwork for all of their early records including 1980’s “A Different Kind Of Tension.”

The Buzzcocks will play at the following venues. The London show at the Kentish Town Forum will also have DJ support from Don Letts and Kris Needs.

Interestingly the album is available on multi-coloured vinyl – you can choose from yellow, purple, orange, or grey vinyl!