The legendary pair write together for first time in 27 years 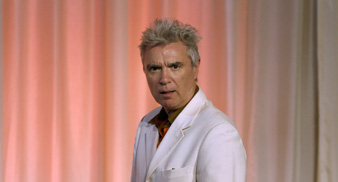 Legendary Talking Heads frontman David Byrne and equally renowned artist and producer Brian Eno have co-written their first album together in 27 years, entitled ‘Everything That Happens Will Happen Today.’

The album is the first the prolific pair have made together since 1981’s accliamed ‘My Life In The Bush Of Ghosts’ and Byrne has commented: “It’s familiar but completely new as well. We’re pretty excited.”

Byrne and Eno came to working on the year-long project after reconnecting after the Nonesuch label’s reissue of their first album.

Byrne explains, “I recall Brian mentioning that he had a lot of largely instrumental tracks he’d accumulated, and since, in his words, he ‘hates writing words’, I suggested I have a go at writing some words and tunes over a few of them, and we see what happens.”

The two intend to tour together from this Autumn, starting in the US and reaching Europe in Spring 2009. The tour; ‘David Byrne, Songs of David Byrne and Brian Eno’ will include the new material as well as Talking Heads tracks, as Eno produced several of their albums too.

Byrne explains the concept as: “The live shows will maybe try to draw a line linking this new material with what we did 30 years ago, a little bit anyway.”

The full tracklisting for the forthcoming album “Everything That Happens Will Happen Today” is: