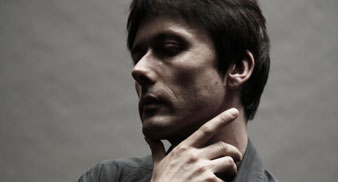 The reunited five-piece, led by Brett Anderson, played 19 songs at the sold-out west London venue, with the majority of the crowd singing along to every track. They release ‘The Best Of Suede’ on Monday (November 1).

Frontman Anderson exclaimed how pleased he was with the show before playing ‘My Insatiable One’, saying: “It’s just lovely. It’s lovely you’re here and it’s lovely to play these songs.”

Anderson interacted with the crowd frequently, shaking hands with audience members and unbuttoning his black shirt for the majority of the performance, before asking them towards the end of the gig what song they wanted next.

Wrapping the main set up with ‘Beautiful Ones’, Anderson paused to ask: “It’s been great, hasn’t it? It’s been lovely. It’s a nice sort of gig!”

The band then briefly left the stage before returning for an encore which saw Anderson end the show in emotional style, singing ‘To The Birds’ with his hand clasped to his chest and saluting those in the crowd.

The band are now gearing up to play London‘s 02 Arena on December 7.