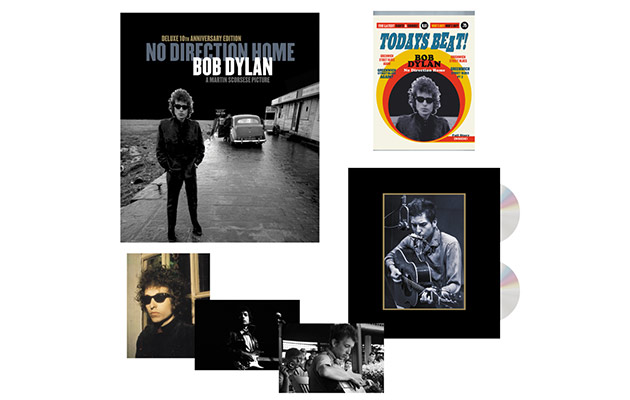 A special edition of Bob Dylan’s No Direction Home is being released to celebrate the 10th anniversary of the documentary.

The Deluxe 10th Anniversary Edition contains over two hours of never before seen footage and interviews; it is also the first time the film has been made available on Blu-ray and digitally.

The new set includes extended interviews with Dave van Ronk and Liam Clancy, plus an interview with Martin Scorsese about the making of the film.

Among the other bonus features are the unedited “Apothecary Scene” from Dylan’s 1966 UK tour, an unused promotional spot for “Positively 4th St.” and a clip of Dylan playing “I Can’t Leave Her Behind” as a work in progress in a hotel room in Glasgow in 1966.

No Direction Home is available to pre-order via the film’s website. The physical editions will be released October 28 and the digital download from October 25.

As previously reported on Uncut, this new edition of No Direction Home made its debut at the Dylan On Film season which ran in Tusla, Oklahoma, where The Bob Dylan Archive is housed in the University of Tulsa.