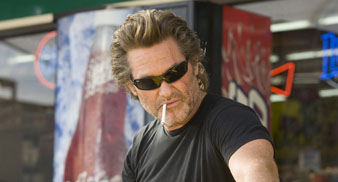 The soundtrack to Quentin Tarantino’s new movie”Death Proof” is to be released on April 23, ahead of the film’s release in June.

Forming part of the anticipated movie double-bill “Grindhouse” alongside Robert Rodriguez’s “Planet Terror” – they are both homages to B-movie’s of the 70s and 80s – including machine guns, zombies, car stunts and girls, girls, girls. Both movies will even have fake trailers run in between them.

“Death Proof,” is the story of a psycho named Stuntman Mike played by Kurt Russell, who stalks and kills beautiful women with his car – and the soundtrack to the movie includes classic tracks and hand-picked one-hit wonders, as well as dialogue snippets from the film, as is customary for Tarantino soundtracks.