Alt.rock pioneers play first of three nights as part of the ATP season 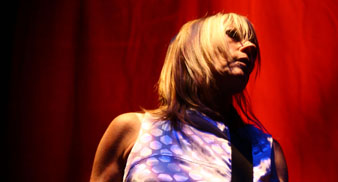 Playing as part of the Don’t Look Back Festival organised by All Tomorrow’s Parties, the band were reprising their 1988 double album Daydream Nation.

Afterwards, Sonic Youth were joined by new bass player Mark Ibold, formerly of Pavement, for a set of material from new album Rather Ripped.

They played only one track from their the rest of their past back catalogue – ‘Mote’ from 1990’s ‘Goo‘.


Other bands to feature in the series of events include the House Of Love and Cowboy Junkies.