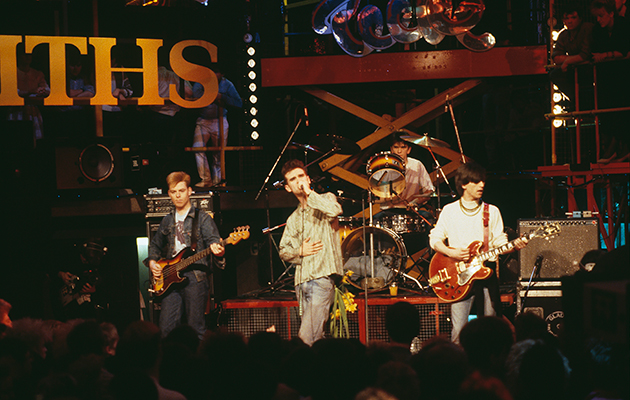 Maintained by the band’s current label, Warner Music, the only post to date notes it “Is purely to celebrate the history and the music of The Smiths”.

At the time of writing, the account has 12.8k follows.

Meanwhile, Salford Gallery The Lowry have revealed plans to celebrate the thirtieth anniversary of The Queen Is Dead, displaying rare photographs and playing the band’s music as a backdrop to interviews with ordinary people named Smith.

The Queen Is Dead was released in June 1986, and features an image of The Smiths taken outside Salford Lads Club on the inside gatefold cover of the vinyl. While the album was recorded in Farnham in Surrey, Morrissey is known to be particularly fond of the Queen Is Dead image, and the Salford site remains something of a pilgrimage site for fans of the band.

Stephen Wright – who took the Lads Club image – is to hold an exhibition at the Lowry, featuring the famous image alongside some other ‘seldom seen’ images in a show that opens on April 9.