Slipknot Invade The UK In December

The nu-metal band it's OK to like have a new album, too 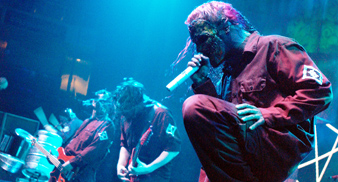 Iowa’s endearing Slipknot have confirmed their first UK tour in nine years, just before their fourth album, the typically upbeat “All Hope Is Gone”, is released on August 25.

The unfailingly masked nine-piece, whose “Iowa” album remains a secret pleasure of several Uncut staffers, roll up for the following cosy dates. Support comes from Machine Head and Children Of Bodom.

Tickets go on sale from 9am on August 27.