The Liverpudlian brothers will be signing new compilation too 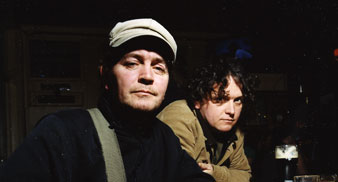 Shack are to perform a series of instore gigs next month, coinciding with their headlining UK tour and the release of their best of, ‘Time Machine‘.

The project of John and Mick Head, Shack have always had fans among music critics (NME called Mick “Britain’s best songwriter”), and musicians (the LP is on Noel Gallagher’s Sour Mash label) and now you can meet them too.

‘Time Machine’ comprises tracks from throughout the band’s lengthy career, as well as two new tracks.

To check out their music, go to the Shack Jukebox here.