Send us your questions for Pink Floyd’s Nick Mason 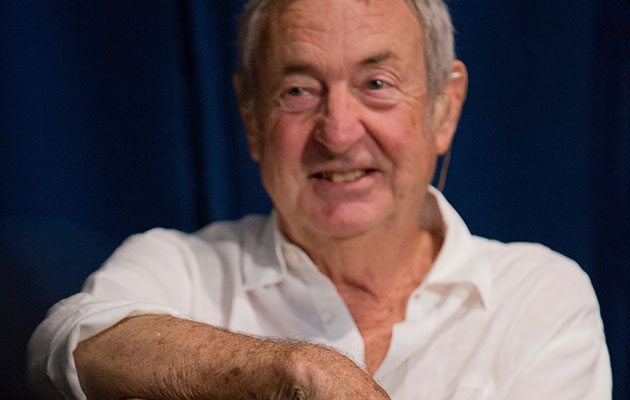 As the only ever-present member of Pink Floyd throughout their long, turbulent and majestic history, Nick Mason has seen a thing or two. He’s drummed on every Floyd album from The Piper At The Gates Of Dawn to The Endless River, played every show from The Countdown Club to Live8. More than any other member he’s the embodiment of the band’s questing spirit, their ability to shape and illuminate each era through which they have passed.

Right now, Mason has chosen to shed new light on Pink Floyd’s visionary early output by forming Saucerful Of Secrets specifically to play the material they released between 1965-72, before they became international megastars. Eyebrows were raised when Mason unveiled Spandau Ballet’s Gary Kemp as Saucerful Of Secrets’ frontman, but early notices have been spectacular and a full European tour is booked for the autumn.

Of course, Mason is not just a drummer – he’s also a writer, racing driver, qualified pilot and underrated solo artist, with his albums from the 80s (made with the likes of Carla Bley, Robert Wyatt and Rick Fenn) rumoured to be getting the deluxe reissue treatment soon.

So what would you like to ask a founding member of one of the biggest rock bands on the planet? Send your questions by Wednesday June 13 to uncutaudiencewith@timeinc.com – the best ones, along with Nick’s answers of course, will be published in a future issue of Uncut.