Uncut has sneak peek at controversial new movie, loosely based on the final hours of Kurt Cobain. 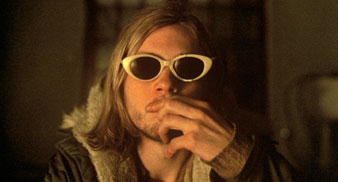 Uncut.co.uk is delighted to offer you a chance to see the trailer for Gus Van Sant’s controversial new movie, Last Days, loosely based on the final, tormented hours in the life of Nirvana singer Kurt Cobain. Shot in the same, semi-documentary stye as Van Sant’s last film, the award winning Elephant, Last Days stars Michael Pitt as Blake, a tormented rock star buckling under the weight of his success.

“He’s like Hamlet, reflecting on his personal ghosts and demons, and while I don’t know what [Cobain’s] were, I’m imagining what they might have been,” Van Sant told MTV. “It’s pretty much his thing. He’s alone.”

Last Days receives its world premier at this year’s Cannes Film Festival on May 13. It opens here in the UK on September 2.