The Albion Rooms opens on September 25

On September 25, The Libertines will cut the ribbon on The Albion Rooms, their new “one-of-a-kind boutique residence” on Margate’s Eastern Esplanade.

Its seven rooms start at £114 a night and the hotel also contains a restaurant, a coffee shop, two bars and a recording studio.

Peter Doherty describes The Albion Rooms as “a fine Arcadian bolthole, a perfect place for prophets new inspired, to recline, write, record, with rejoicing and knees up a plenty.” Adds Carl Barât: “It might be a while before we challenge The Savoy or The Grand Budapest in the hotel stakes, but we’ve put a lot of love into this. Meanwhile it’s a colourful and inspiring home for the Libertines and I look forward to the Albion Rooms being our very own Warholian Factory.”

Peek inside The Albion Rooms below and read more about it – or even book a room – here. Later this year, The Libertines will launch Wasteland Live, a series of “live sets from established and local musicians” taking place in the hotel’s downstairs bar of the same name. 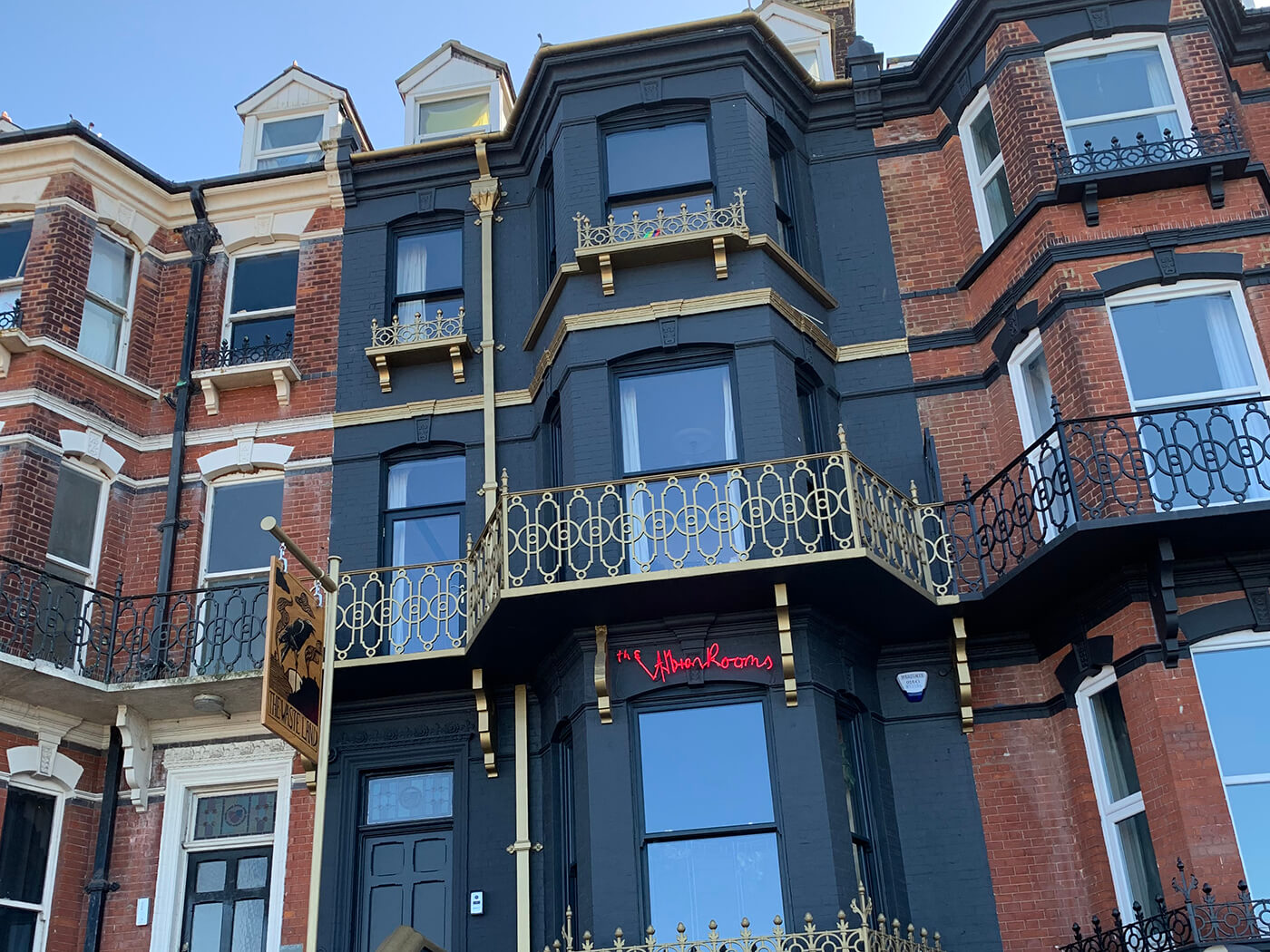