'Scheduling conflicts' mean The Departed director is off the project. Neil Young director to take his place 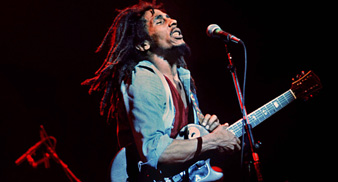 Martin Scorsese, who announced in February he was following his Rolling Stones’ film Shine A Light with a documentary on Bob Marley, has stood down from the project due to unidentified “scheduling conflicts.”

Scorsese’s Marley film was due for release on February 6, 2010, to coincide with what would have been Marley’s 65th birthday.

He is to be replaced by Jonathan Demme. Although most famous for his Oscar-winning movie Silence Of The Lambs, Demme also directed Talking Heads’ legendary 1984 concert film Stop Making Sense and, in 2006, the Neil Young tour film Heart Of Gold.

Scorsese’s next film is Shutter Island, an adaptation of a novel by Mystic River author Dennis Lehane, due for release in October, 2009.