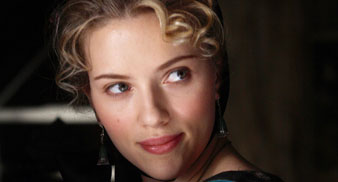 Scarlett Johansson has landed a new glamorous role – as Disney’s Cinderella – for a new ad campaign.

The actress, clad in a designer ball gown and sporting a tiara worth £165,000, was snapped by celebrated photographer Annie Leibovitz for a new Disney magazine advertising campaign.

Leibovitz also photographed singer Beyoncé Knowles as Alice from Alice In Wonderland. She will appear sitting in a giant teacup, accompanied by country star Lyle Lovett as the March Hare.

Footballer David Beckham has also been enlisted for the campaign – which promotes Disney’s US theme parks – as Sleeping Beauty’s Prince. His photoshoot took place shortly before the ex-England captain signed for US soccer team, Los Angeles Galaxy.