Nirvana’s Novoselic is to play bass 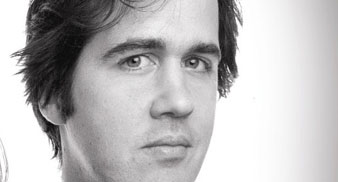 Inflential punk band Flipper are reforming again and the new incarnation has ex-Nirvana Krist Novoselic on bass and they will be bringing their trademark gigs of noise to the UK next month.

Krist Novoselic is replacing Bruno DeMartis as Flipper’s new bassist, a dangerous role some would say.

Talking about the band’s history, Bruce Loose once quipped that being in Flipper was just “like Spinal Tap, except the bass player keeps dying”.

Flipper have lost many members to wreckless rock ‘n’ roll and numerous heroin overdoses throughout their patchy career, notably founder member Will Shatter who died in 1987 and bassist John Dougherty who died in 1992.

Rubin still holds the rights to Flipper’s back catalogue and plans to re-release six albums plus an album’s worth of never-before-released tracks from the 1984 “Gone Fishin” sessions, on his own American Recordings label next year.

The seminal punk band kick of their tour in Seattle on December 1, coming to the UK on December 8 to play the All Tomorrow’s Parties festival in Minehead with Iggy and The Stooges and Sonic Youth.

Catch the rejuvenated Flipper at the following venues next month: