Rufus Wainwright and Leonard Cohen’s daughter have a baby 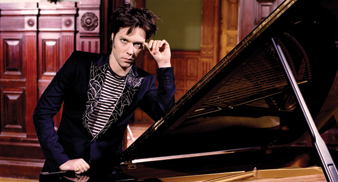 Rufus Wainwright has had a baby with Leonard Cohen‘s daughter Lorca.

The singer, who is gay and in a long-term relationship with theatre producer Jorn Weisbrodt, announced the news on his website, Rufuswainwright.com.

The baby’s name is likely to be a reference to Wainwright‘s mother, folk singer Kate McGarrigle, who passed away in January 2010.

Wainwright said that Lorca Cohen was not a surrogate mother for the child. “Of course, she is no such thing [a surrogate parent],” he said. “She did not carry the child for someone else. Lorca Cohen is the mother of the baby and Rufus Wainwright is the father.”

Wainwright and Weisbrodt have previously hinted of their desire to have a child. The couple got engaged last year.