'Shine A Light' will get its first viewing in February 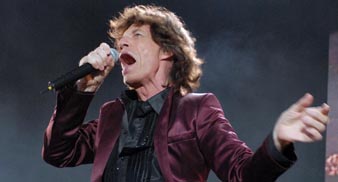 Martin Scorsese’s Rolling Stones concert film ‘Shine A Light’ is to premiere at the Berlin Film Festival, opening the event.

The film captures the band in concert in 2006, as well as featuring a host of historical clips, backstage footage and famous collaborators, including Jack White.

Director of the festival Dieter Kosslick said: “We are extremely excited to have the world premiere of this magnificent film as our opening gala.”

It is likely that Scorsese and The Rolling Stones will turn up to the premiere, to be held on February 7 in the German capital.

Scorsese, who directed the acclaimed Dylan documentary “No Direction Home”, is also set to direct “The Long Play”, a film about two rock star friends, which has been produced by Mick Jagger.