The birth of Psychedelia in Britain, 40 years on 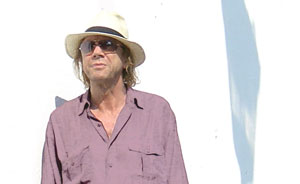 The concert takes place this Sunday at the Arts Theatre in Covent Garden (Oct 15).

Sunday also happens to mark the 40th anniversary of the ‘launch’ of psychedelia in Britain.

It was the launch party for the English underground newspaper “The International Times.” Ayers’ band the Soft Machine and Syd Barrett’s Pink Floyd played that night to an audience that also happened to include Mick Jagger and Paul McCartney.

Thereafter, it became known as the night that British psychedlia was born.

The album will feature guest appearances from Antony and the Johnsons, Ladybug Transistor, Phil Manzanera and Robert Wyatt.