Hot Chip have also contributed to the one-off release 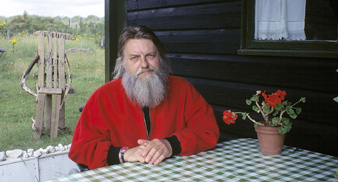 Robert Wyatt has worked with French producer Bertrand Burgalat on a new single, “This Summer Night”.

The track, which features prominent disco-style strings, is set for release on October 20.

The b-side of the single features an exclusive remix of the song by Hot Chip.

The release precedes the reissue of a number of Wyatt‘s albums on CD and, for the first time in the cases of “Cuckooland”, “Shleep” and “Drury Lane”, vinyl later in the year.

A Robert Wyatt box set is also scheduled to be released in December.