Ringo, Bolan, Clapton And A Zebra Are Revolution Kids 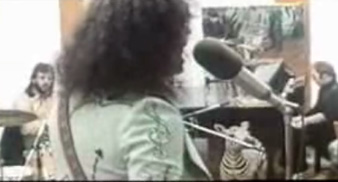 This was part of the “Born To Boogie” movie footage. The film directed by Ringo Starr, was released on The Beatles’ Apple Films label in 1972.

As well as recording studio scenes filmed at the Apple Studio in Savile Row, the film also featured concert footage filmed at Wembley.

Check out the wonky fairground shape-shifting mirrors and the stuffed animals littered amongst the instruments. The zebra rocks.

Check out the stonking footage here