Rare Midlake EP To Get Reissued

Plus the band start on follow up to 'Van Occupanther' 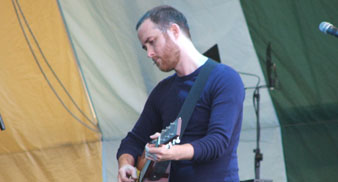 Midlake’s 2001 seven-track EP ‘Milkmaid Grand Army’ is to be reissued due to massive demand on November 28.

The twenty five minute, self-produced debut EP has become a collector’s item since it’s release, as the initial pressing was a modest 1000 copies.

The Texan band decided not to make any more copies of the record, until now. Their popularity has surged since releasing their second album ‘The Trials of Van Occupanther’ trhough Bella Union Records last year.

The ‘Milkmaid Grand Army’ tracklisting is:

Midlake have been touring extensively throughout this year, including playing to a packed main stage at this year’s Latitude festival and plan to start recording their third full length album at the end of the year, after an Autumn headline tour of the US.