Rare Dylan Concerts To Be Broadcast Next Month 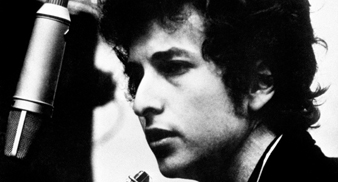 BBC Radio 2 is to broadcast a “virtual” live Bob Dylan concert next month.

The concert is to feature rare performances spanning 39 years of Dylan’s performing career; including four never-before-released recordings of songs never heard outside of the arena in which they were originally played.

The Dream Dylan Concert will include 11 rare live performances recorded between 1962 and 2001. Tracks include ‘Maggie’s Farm’ in 1965, ‘Like A Rolling Stone‘ in 1974 and the Oscar-winning ‘Things Have Changed’ recorded in 2000.

The ‘virtual’ concert will also include Dylan’s reunion with guitarist Mike Bloomfield playing ‘Like A Rolling Stone’ and ‘Groom’s Still Waiting At The Altar’ in San Francisco in 1980 – they had last collaborated in 1965.

Three months later Bloomfield took a drug overdose and was found dead in his car, aged 37.

The Dream Dylan Concert will air on Radio 2 on October 6 at 8pm.