He had been suffering from skin cancer 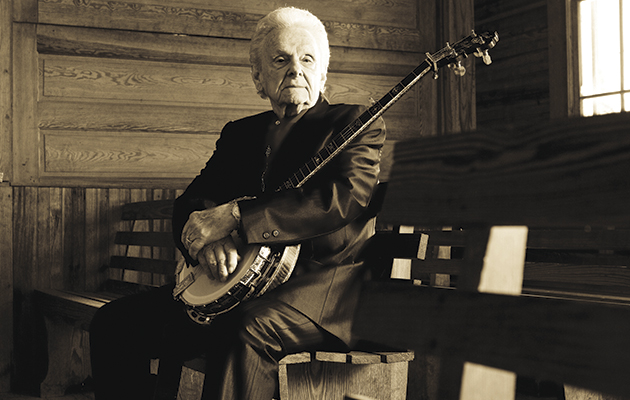 Ralph Stanley, the pioneer of bluegrass and Appalachian music, has died aged 89.

TThe news was confirmed on Facebook by his grandson, Nathan, who wrote, “My papaw, my dad, and the greatest man in the world, Dr. Ralph Stanley has went home to be with Jesus just a few minutes ago. He went peacefully in his sleep due to a long, horrible battle with Skin Cancer… My Papaw was loved by millions of fans from all around the world, and he loved all of you.”

Stanley was born in Stratton, Virginia on February 25, 1927. His first public performance was in church, aged 11 years old. He began performing with his older brother Carter as the Stanley Brothers, securing a daily slot on the radio station WNVA. The show’s sponsors, the Clinch Valley Insurance Company, inspired the name of the brothers band, The Clinch Mountain Boys.

They signed to Columbia in 1948, recording songs including “The White Dove“, “The Lonesome River” and “The Fields Have Turned Brown” for the label.

They moved to Mercury in 1953, recording “I’m Lonesome Without You” and “Memories Of Mother”, which proved to be among their most enduring songs.

After Carter died in December 1966, Stanley continued performing with the Clinch Mountain Boys as a solo artist.

In 2000, Stanley’s music was featured on the soundtrack for the Coen Brothers film, O Brother, Where Art Thou?.

In 2012, Stanley appeared on the soundtrack of Nick Cave‘s film Lawless, including a version of the Velvet Underground‘s “White Light White Heat”.

“Getting him on board was hilarious,” said Cave. “He came back with a version of ‘White Light White Heat‘, it was in 3/ 4. It was like a swing thing and we were going to drop it on to the music. But that was in 4/4. So I’m saying, look, could you do this in 4/4? We’re Skyping Ralph… so all he can see is me and Warren [Ellis]’s faces stuck in the computer screen. So [producer] Hal Wilner is there, the person who has got the godfather of bluegrass music to sing these songs. And we’re going, ‘It’s kind of ONE-two-three-four-ONE.’ And Ralph is looking at the screen with this kind of… utter disdain.

“What he ended up doing was very much his own thing,” continued Cave. “Hal came back with his stuff, which was amazing. His versions were just so strange and so beautiful, it was a real coup. Hal brought Lou Reed in who was working up the road because Hal was producing the Lulu album. He came into the studio and he was visibly moved by Ralph’s version of ‘White Light White Heat’.”