Radiohead have rescheduled seven shows following last week's stage collapse in Toronto, which killed crew member Scott Johnson and injured three others. The shows, which were due to take place in Italy, Germany and Switzerland, have all been moved to late September, following their postponement last week. The band's show Rome Hippodrome Capanelle has been moved from June 30 to September 22, with their date at Florence Parco delle Cascine moving from July 1 to Septembe 23. 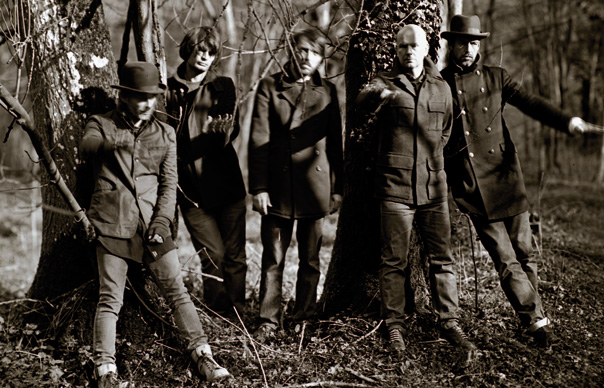 The shows, which were due to take place in Italy, Germany and Switzerland, have all been moved to late September, following their postponement last week.

The band’s show Rome Hippodrome Capanelle has been moved from June 30 to September 22, with their date at Florence Parco delle Cascine moving from July 1 to Septembe 23.

The band have had to postpone the shows, as the accident also destroyed the band’s ‘unique’ lightshow and parts of their backline setup, all of which now needs to be replaced in order for the tour to continue.

The statement reads: “Whilst we all are dealing with the grief and shock ensuing from this terrible accident there are also many practical considerations to deal with.”

The band will now pick up the tour in France at Les Arenes Nimes (July 10) and will go on to play the Bilbao BBK and Lisbon Optimus Alive festivals.

Earlier this month, it was revealed that four companies, including one run by the members of Radiohead, have been asked to comply with an investigation by the Canadian government into the stage collapse. Ticker Tape Touring LLP, which lists Johnny Greenwood, Philip Selway, Colin Greenwood, Ed O’Brien and Thom Yorke as board members has been identified by the Canadian Ministry of Labour as one of at least four companies involved in the collapse, the Toronto Star reported.

Toronto-based Optex Staging and Services, Nasco Staffing Solutions and concert promoter Live Nation have all been asked to comply with the investigation into the tragedy at Downsview Park.

The stage collapsed an hour before the gates opened to the public and queues were already forming outside the 40,000 capacity venue. Emergency crews were quick on the scene and the area was evacuated. The victims were all part of the team setting up equipment.

Both Radiohead and Keane, with whom Johnson also worked, have paid tribute to him.