Rachel Unthank on her favourite albums

As The Unthanks return with their new album, Mount The Air, we delve back into the archives to unearth this piece from Uncut’s February 2010 issue (Take 153). From Morris dancing to moshing, here are Rachel Unthank’s most treasured tunes… Interview: Sharon O’Connell ____________________________ The record that turned me on to dancing Various Artists – Morris On (1972) 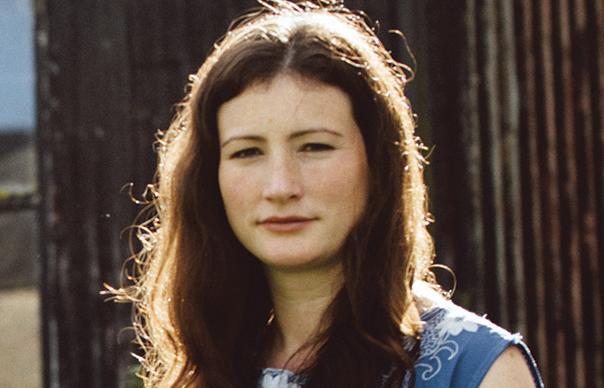 As The Unthanks return with their new album, Mount The Air, we delve back into the archives to unearth this piece from Uncut’s February 2010 issue (Take 153). From Morris dancing to moshing, here are Rachel Unthank’s most treasured tunes… Interview: Sharon O’Connell

The record that turned me on to dancing
Various Artists – Morris On (1972)
“We’re from the North East, which is more in the tradition of rapper dancing, which comes out of the mining industry, but this is Morris dancing. From the age of about four, me and my brother absolutely loved this record and insisted that my parents put it on, first thing of a weekend morning. They’d go back for a lie-in and we’d run around the living room. Some tracks got faster and faster, so we would, too.”

The album that matured my musical taste
Joni Mitchell – Ladies Of The Canyon (1970)
“This was in my parents’ collection, so it’s the first Joni Mitchell record I ever heard and the one I have the strongest bond with. I was about 13 and hungry for something more stimulating than ’80s pop. I was totally blown away by her amazing voice and lyrics like, ‘He took his contradictions out and splashed them on my brow’. They made everything she sang about seem sophisticated.”

The vocal album that really wows me
The Voice Squad – Many’s The Foolish Youth (1987)
“We grew up listening to a lot of English harmony groups like The Wilsons, who were five big, hairy brothers and one sister from Teeside, The Watersons and The Silly Sisters, and they all had a big influence on me. ThenThe Voice Squad came along; they’re from Ireland and sing three-part, unaccompanied harmony, but have come together from the solo singing tradition. This is so beautiful and powerful.”

The record I rebelled with
Faith No More – The Real Thing (1989)
“When I was 15, grunge came into fashion and I loved Nirvana, Pearl Jam and Metallica, and I thought Mike Patton was so sexy. His vocals were dark and threatening and for a teenager ready for a bit of non-folk rebellion, this was perfect! It’s stayed with me, and if we’ve been playing a lot of folk festivals, me and my husband [The Unthanks’ Adrian McNally] might put this on in the car and have a little rock-out.”

The record that proves humour has its place
Robert Wyatt – Rock Bottom (1974)
“I came late to him, really, because that’s not my musical background and it was Adrian who introduced me. He’d play a track here and there, just to dip my toe in the water and see how I’d react. Of course, I loved it and this really opened my ears and mind to a whole new world of experimentation. I loved Wyatt’s playfulness, his humility and his honesty, and the way he seems to follow his imagination. It’s just magical.”

The record that taught me how to harmonise
The Keelers – On The North Sea Ground (1998)
“They’re from the north-east and sing unaccompanied harmony – my dad [George Unthank] is one of them. They’ve obviously been a massive influence on me and my sister [Becky], and we learnt to harmonise by listening to them. They sing a lot of sea shanties and they pick real corkers. You might think as a woman I’d be influenced by people like June Tabor and Maddy Prior –and I was – but more so by big, loud, robust men.”

The record that sums up good times in Glasgow
Various Artists – I Was Born In Glasgow (1991)
“In my second year at Glasgow University, I moved into this flat where someone had left a record player and a load of vinyl. Along with Madonna and Wham! there was this record by a load of Scottish folk musicians like Hamish Imlach, who sang “A Cod Liver Oil & Orange Juice”. There’s a song about sitting on the toilet called “Doon In The Wee Room”. This reminds me of pub crawls, parties and singalongs.”

The album I love more than any other
Sufjan Stevens – Illinois (2005)
“This is probably my favourite album ever – it’s so exhilarating and exciting. I’m usually very focused on words, but here I forget to listen to them because he takes you to places in your head and leads you into musical stories, as well as telling you an actual story. That storytelling obviously appeals to me, as does the fact that he plays all the instruments and has clearly spent so much time and energy lovingly making this perfect piece of music.”

The best new folk record I’ve heard in years
Jonny Kearney & Lucy Farrell – The North Farm Sessions (2009)
“These are two young singers/musicians who came to Newcastle to be on the folk degree course, and they supported us on our last tour. They made this EP in our house, so I was there at its birth. I really admire their music; Jonny’s songwriting is full of truth, but also humour and unexpectedness – he’s one of the best I’ve ever heard. Lucy’s voice is beautiful. I’ve fallen in love with them.”

The record that feeds my spirit
Antony And The Johnsons – I Am A Bird Now (2005)
“This is like nourishment for the soul; listening to it is almost a spiritual experience. It’s so beautiful and it feels like it’s pure – almost as if he’s a magical being or some sort of . . . creature. There’s an amazing sense of space and suspension, too, which we’re always trying to achieve. His arrangements are really clever – sparse and simple – and I really admire how it’s ambitious and yet full of humility.”