The desert rockers return to UK in February 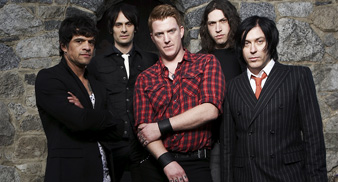 Queens Of The Stone Age have announced that they will return to the UK for some further dates after their November shows sold out.

The band who released their fifth studio album ‘Era Vulgaris’ to great acclaim this Summer will now play four dates next February – including a gig at London’s Hammersmith Apollo on February 11.

Tickets for the new added shows will go on sale tomorrow morning (October 26) at 9am.

The venues/dates are as follows:

The band’s sold-out November dates are: