Brian May says the band have permission to release the duets 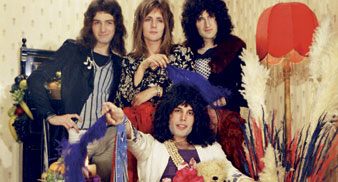 Queen are set to release a series of duets that their former frontman Freddie Mercury recorded with Michael Jackson next year.

Guitarist Brian May has revealed that Michael Jackson‘s estate have given the band permission to release a series of duets which they recorded with the late singer during the 1980s.

He told the Evening Standard: “Michael [Jackson] used to come and see us when we were on tour in the States. He and Freddie became close friends, close enough to record a couple of tracks together at Michael’s house, tracks which have never seen the light of day.”

Asked when they will come out, May replied: “(They’ll be ready) in the next year. We’ve been talking to Jackson’s estate and they’re happy.”

Queen have previously announced plans to release a new album of old demos featuring Mercury, with May revealing that he had been going through the band’s old material with drummer Roger Taylor to compile a selection of unreleased tracks for a forthcoming LP. It is unknown whether the Jackson duets will be released as part of this or not.