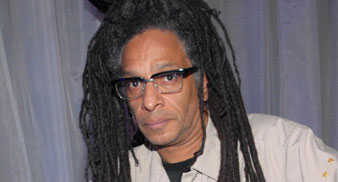 Renowned punk filmaker Don Letts, who has previously worked with legends The Clash and The Jam, is starting a travelling DJ collective called The Invisible Players.

Everything from Dub to Psychedelic Rock, Electrofunk to theme tunes from Brazilian soap operas will try and create an all-new music experience – and all from a 1920s style travelling music mobile!

Letts’ collective are loosely based on the ’20s group; “Rizla’s The Invisible Players”, who toured the UK with a musical van hosting impromptu parties.

The modern-day Invisible Players are following this idea and have recreated an original travelling music van, from which they will host their parties from.

They will begin their road trip in time for the May Bank holiday. Details of clubs and festivals they will hit are yet to be announced but the first chance to see the Invisible Players will be at Electric Chair, in Manchester on May 6.