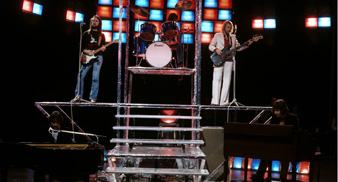 Procol Harum‘s former keyboardist Matthew Fisher won his case to have his contribution to 1967 No.1 single “A Whiter Shade of Pale” recognised on Thursday July 30.

A ruling by the House of Lords means that Fisher will now receive a share of future royalties for the track.

Baroness Hale, one of the five judges who heard Fisher’s case commented: “As one of those people who do remember the ’60s, I am glad that the author of that memorable organ part has at last achieved the recognition he deserves.”

Another judge, Lord Hope added: “A person who has a good idea, as Mr. Fisher did when he composed the well-known organ solo that did so much to make the song in its final form such a success, is entitled to protect the advantage that he has gained from this and to earn his reward.”

Fisher, said he was delighted to win the long-fought battle to claim credit alongside Procol Harum’s songwriter Gary Brooker commenting:”this was about making sure everyone knew about my part in the authorship.