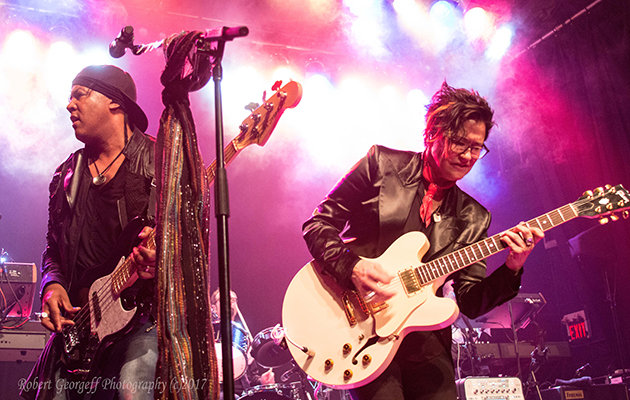 Prince’s band The Revolution have announced their first European shows in 33 years.

Bobby Z, Wendy Melvoin, Lisa Coleman, Matt Fink and Brownmark initially reunited in September 2016 to play three shows at Minneapolis’s First Avenue club in honour of Prince’s passing. Now their reunion has extended to include a European tour in Feburary 2019, including a date at London’s Shepherd’s Bush Empire on February 13.

The Revolution backed Prince throughout his imperial phase of the early to mid-80s, featuring on all his albums from 1999 to Sign O’ The Times.

“We never have been apart as a band,” says Brownmark. “We’ve all been in touch, including contact with Prince, and he even talked about us all playing again.”

Fink elaborates: “Back in 2014, Bobby and I met with Prince and he opened the meeting with his desire to reunite with The Revolution for some future shows. Sadly for us, this did not come to fruition, which makes our reunion all the more poignant.”

“I think everybody in The Revolution is singular, not like anybody else,” adds Melvoin. “So while we still have a shot at getting that same feeling, let’s do it with as much grace and integrity as we can. We’re still a band, still vital human beings, so let’s play this stuff before we can’t anymore.”

The full European tourdates are as follows: