He said his 'day was made' after receiving the limited edition item... 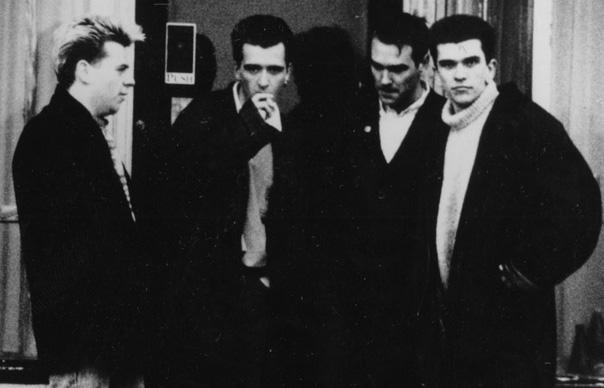 The Prime Minister was given the item, which features a photo of The Smiths, by a reporter from the Manchester Evening News during a trip to the city, prompting him to quote his favourite band as he said thank you, commenting: “You have made my day. Thank you very much, there is a light that never goes out.”

Smiths fans from around the world have been rushing to get their hands on the limited edition Salford Lads Club shirts, which have gone on sale to support local young people. The T-shirt features a famous photo of The Smiths outside the club in Ordsall, similar to the one pictured on the band’s 1986 album The Queen is Dead. Photographer Stephen Wright has licensed the picture for the club’s T-shirts until November 2015.

Money from the shirts, which cost £15 each, will be used to enable six young people from the club to go to America as part of an exchange programme linked to the Salford Sioux Project. Over 1,000 shirts have now been sold, raising £16,000. They are available here.

The Salford Lads Club, based on the corner of Coronation Street and Ignatius Way in Salford, is a top destination for Smiths fans. It even has its own Smiths room, which was visited by Cameron in 2008, even though the band’s guitarist Johnny Marr has said Cameron is forbidden from liking the group.