Shane MacGowan and co head out once again for festive gigs 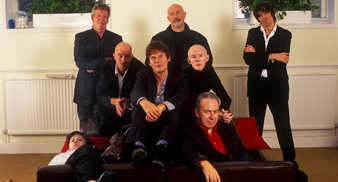 The Pogues are to mount their sixth Christmas tour this December, performing nine shows around the UK.

The band, which has featured original vocalist Shane MacGowan since 2001, will kick off the festive concerts on December 7 at Glasgow‘s Carling Academy.

The Pogues will tour the country until December 19, where they will play the last of two nights at London‘s Brixton Carling Academy.

The eight-piece performed at a number of festivals this summer, including T In The Park and V Festival, although they have continually resisted recording new material since their reformation in 2001.