Artangel co-director Michael Morris promises Somerset House event will be "warts and all"... 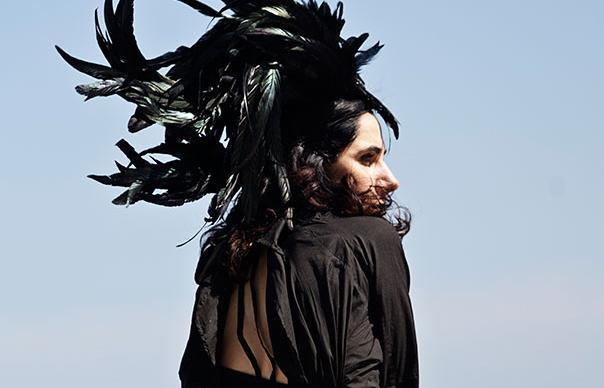 Fans attending the public recording sessions for PJ Harvey‘s new album have been warned that the process is a “lottery” and they may spend their allotted time watching something as inconsequential as a bass guitar being tuned up.

As revealed last week, Harvey will open up the recording sessions for her ninth album to fans. Members of the public will be able to watch in 45-minute windows as she and her band record the album at Somerset House in London. The project, titled Recording In Progress, has been conceived by Harvey alongside collaborators Artangel.

Michael Morris, the co-director of Artangel, confirmed to the Guardian that they had been working with Harvey for more than a year on a project.

He said: “Polly’s approach to songwriting and making films is very much like that of a visual artist and we got talking about how the process of making a record could be displayed rather like an exhibition and what that might feel like.”

“It will be warts and all,” Morris added. “There will be some visitors who experience longueurs, the tuning-up of a bass guitar, the integration of a horn section. There will others there when she happens to run through a couple of songs from start to finish. It is very much a lottery.”

“We have deliberately avoided using the word performance because we don’t want to build up the wrong expectations. The truth is none of us really know what it will be like. Polly doesn’t know. We don’t know. We think we have an idea but I suspect we’ll be surprised when it unfolds. It is uncategorisable.”

The exhibition runs from January 16 to February 14. Tickets have already sold out.

The album will be Harvey’s first since Let England Shake, which was released in 2011. She is also working on her first poetry book, The Hollow Of The Hand, which is due out this autumn.