Former bassist to perform tracks from 'Unknown Pleasures' and 'Closer' 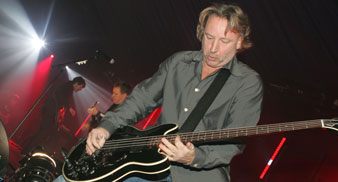 Peter Hook has announced plans to play Joy Division‘s ‘Unknown Pleasures’ and ‘Closer’ albums on a full UK tour in 2012.

The ex-New Order bassist has lined up eight dates with his band The Light across the country kicking off at Buxton Opera House on February 25, where he will play both albums.

Further shows in Liverpool, Glasgow, Nottingham, Sheffield, Birmingham and Oxford will see them play just ‘Unknown Pleasures’ while a gig in London will feature just tracks from ‘Closer’.

Tickets for the shows go on sale at 9am on Friday (December 16). To check availability of [url=http://nme.seetickets.com/Tour/PETER-HOOK-THE-LIGHT?affid1nmestory=see&filler3=id1nmestory]Peter Hook And The Light tickets[/url] and get all the latest listings, go to [url=http://www.nme.com/gigs]NME.COM/TICKETS[/url] now, or call [B]0871 230 1094[/B].